The Skyland Town Center project is advancing without Wal-Mart.

Rappaport Cos., co-developer of the troubled Ward 7 project, said Tuesday that CVS, a former tenant in the now-demolished Skyland Shopping Center, has signed a lease for 10,000 square feet in the 18-acre town center. Rappaport also said it has closed on $58.5 million in foreign investment. 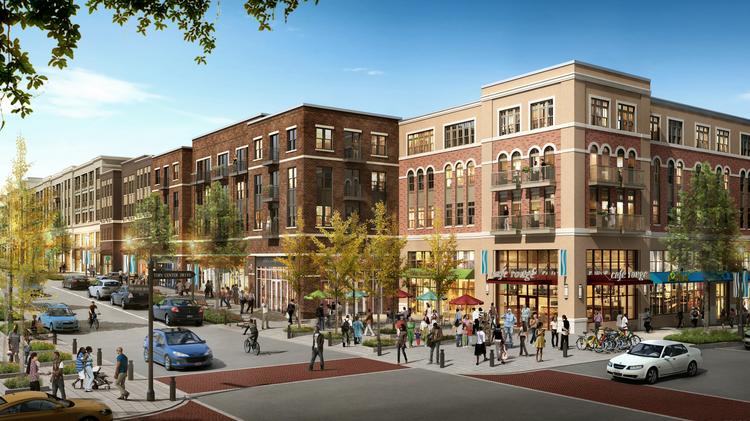 Wal-Mart's January 2016 exit as the Skyland Block 1 anchor forced Rappaport and co-developer WC Smith to replan the project and ultimately move forward with the mixed-use Block 2 instead. The CVS, which temporarily has relocated to a nearby trailer, is the new Skyland’s only lease, but Rappaport told WBJ last June that he has several potential tenants for Block 2.

Skyland, the subject of a ceremonial groundbreaking in March 2014, suffered a “near-fatal death blow” when Wal-Mart abruptly backed out of its lease. In September, the District agreed to support the development of Block 2 ahead of Block 1's big box-anchored space in order to get the project moving again. The D.C. Council then passed legislation authorizing an $18.75 million tax-increment financing package, which was less than half the TIF amount previously authorized to support the planned 135,000-square-foot Wal-Mart.

The District government has already spent heavily on the project located at the confluence of Good Hope Road, Naylor Road and Alabama Avenue SE. In addition to the TIF financing, it gave the project a $7 million grant for infrastructure work, spent nearly $5 million to nix a potentially development-killing covenant tied to a nearby Safeway, and paid millions more to gain control of the property itself, largely through eminent domain.

The foreign investment announced Tuesday comes from more than $50 million in EB-5 funds that Mayor Muriel Bowser first announced during a trade visit to China in November 2015. The EB-5 Immigrant Investor Program, created by Congress to encourage the infusion of foreign capital, exchanges U.S. legal residency for the creation of American jobs.