Capitol Crossing: What to Expect from One of D.C.'s Largest Revitalization Projects 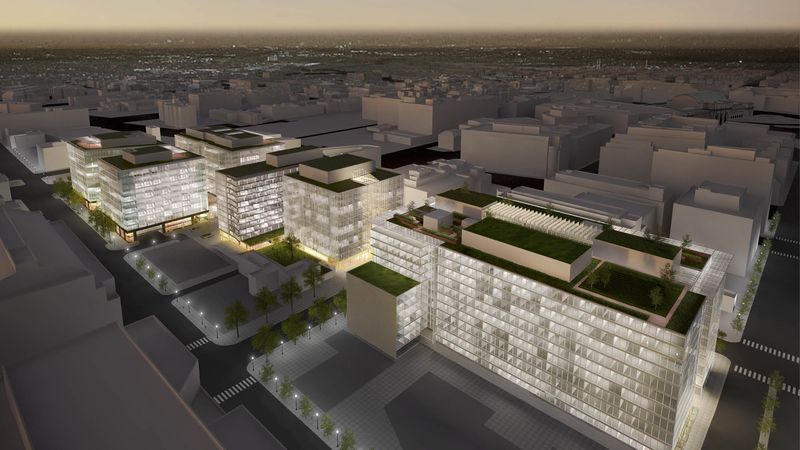 One of Washington, D.C.'s biggest community revitalization projects is underway with 2.2 million-square-feet of mixed-use development planned on seven acres of land. The $1.3 billion, privately funded project, known as Capitol Crossing, is expected to complete by 2021. Once finished, the yearly property tax revenue generated will be approximately $40 million for the District.

The entire project is located in Downtown and flanked by E Street NW and Massachusetts Avenue NW with Second and Third streets NW to the east and west. There will be a total of five Platinum LEED-certified buildings connected by landscaped public areas and the replacement of the F & G Street bridges between Second and Third Streets NW. The construction is expected to link East End to Capitol Hill and create Washington, D.C.'s first "eco-district."

In order to create a greener, more sustainable city, expect water cisterns that will capture and treat more than 90 percent of storm water runoff and centralized recycling. There will also be cogeneration power, which is the simultaneous production of electricity and heat. Finally, the developer plans on creating "EcoChimneys," which will clean car exhaust emitted from the below-grade parking and Interstate 395.

The site is currently zoned for 150 residential units as part of the development project, with a minimum of 50 units designated affordable housing units for those making 80 percent of the area median income. 70,000 square feet of the development will also be for retail. Below the entire project will be a four-level garage with 1,146 parking spaces and 440 bicycle parking spaces.

In 2014, D.C.-based developer Property Group Partners began the first phase of the project with the utility relocation and site preparation. In the current second phase, the developer is extending the Third Street Tunnel, constructing a new Massachusetts Avenue NW on ramp, and constructing the platform above Interstate 395.

The now complete upgrades include the installation of a 30-inch water main and high voltage electric line under Massachusetts Avenue NW, a new water line on both Second and Third streets and communication, and new gas lines. There are still plans to relocate the North-bound off-ramp of Interstate 395 onto Second Street NW.

In order to build Capitol Crossing, the developer will also have to relocate the 1876-built Adas Israel Synagogue and redevelop the Holy Rosary Church rectory and annex. 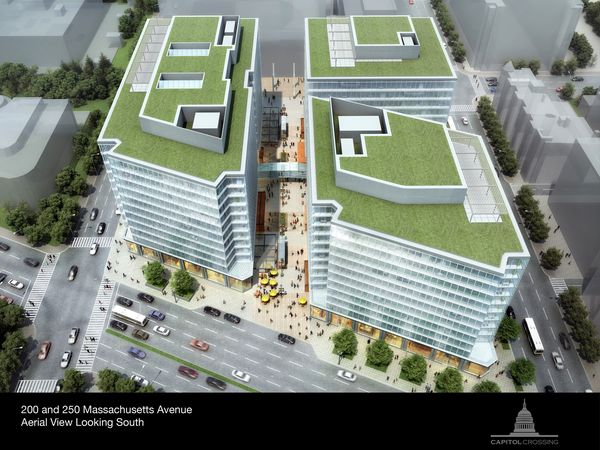 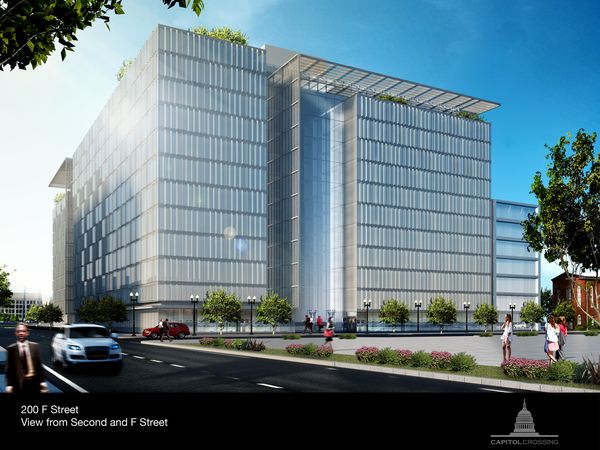 The final buildings, 200 F Street, 201 F Street, and 600 Second Street, still have no exact dates on when construction will begin or when the projects will deliver.