Here's the winner in the competition to develop Waterfront Station II 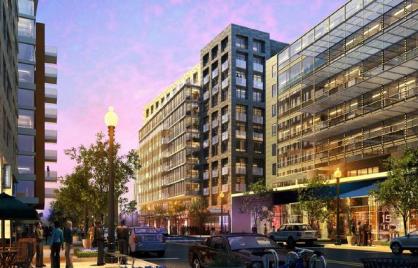 Between The Wharf and Riverside Baptist Church projects, PN Hoffman has a dominant development presence in Southwest D.C. As of Friday, add another to its plate.

That pitch earned the team the full-throated support of the local Advisory Neighborhood Commission, whose opinion is required to receive “great weight” in these matters. The Hoffman-led group was selected over two competing groups, one led by MRP Realty and the other by Republic Properties Corp.

“The applicants have shown exemplary commitment to the Southwest community and their highest profile development hasn’t even yet opened,” the ANC wrote in its resolution supporting the Hoffman bid, referring to The Wharf.

The overall Waterfront Station includes twin office buildings at 1100 and 1101 Fourth St. SW, the Lex and Leo apartments (formerly Sky House East and West) at 1150 and 1151 Fourth, a new mixed-use building from Forest City Washington and Vornado Realty Trust at 1001 Fourth, and future office buildings at 375 and 425 M St. SW.

In addition to Waterfront Station II, the District on Friday revealed the winners in two other development competitions.